On High Royal Instructions, the Foundation is commissioning 9 new centers in six cities across the Kingdom 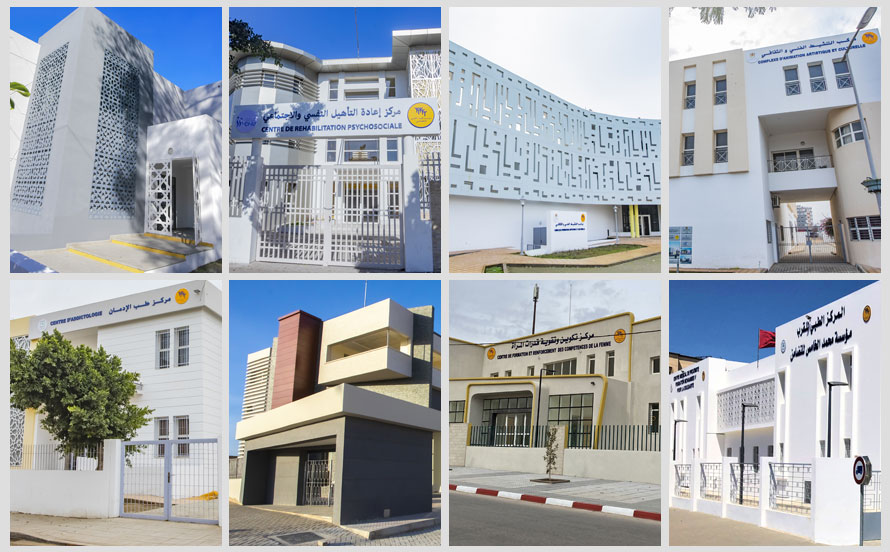 His Majesty King Mohammed VI has given his high instructions for the centers built by the Foundation and completed to start their activities of reception and socio-medical care in favor of populations from disadvantaged backgrounds.

This high directive comes a few months after the opening in February, on high royal instructions, of a first phase to put into service 11 new centers across the country, said Thursday the Mohammed V Foundation for Solidarity in a statement. This second step of commissioning concerns 9 new centers, spread over 8 cities in the Kingdom, namely: Tangier, Oujda, Fez, Jerrada, Salé, Témara, Casablanca and Mediouna. They were initiated by the Foundation within the framework of its programs related in particular to the reinforcement of the public offer of health infrastructures, to the socio-educational integration of the vulnerable populations and to the economic integration of the deprived young people by the way of the support to the creation of very small economic activities.

Specifically, a new CMP will open its doors in Témara (68 million dirhams), bringing to 5 the number of operational units out of the 12 planned, said the same source. As for the program of specialized medical structures, it will be reinforced by a new hemodialysis center (MAD 15.5 Mln) in Fez as well as a psycho-social rehabilitation center under the auspices of the University Hospital of Ibn Rochd in Casablanca (MAD 10.5 Mln). As for the national program to fight addictive behaviors, it will be strengthened by 2 new units that will start their activity in Kariat Oulad Moussa in Salé (MAD 6 Mln), and in Moghogha-Tanger (MAD 6.8 Mln), bringing to 14 the number of addictology centers built by the Foundation on the national territory.

As for the other projects, they are related to the Foundation's interventions in the fight against precariousness on the one hand, and on the other hand, to the support of the economic integration of young people from disadvantaged backgrounds through the promotion of entrepreneurship. They are respectively the social center for the reception of the elderly (13 Mln dirhams) of Lahraouyine in Mediouna, the center of artistic and cultural animation (MAD 33 Mln) of Salé in Tabriquet and the center of qualification of the woman in Jerrada (MAD 5,2 Mln), as well as the center of the very small solidarity-based companies (MAD 24 Mln) of Oujda which comes to reinforce the national platform of these centers, deployed at the level of the cities of Casablanca and Fez.